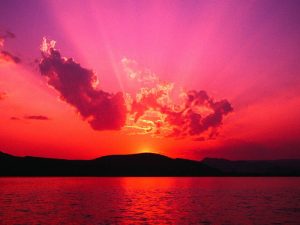 “Its Time to Say Goodbye….”

I’m writing this final Chapter in August of 2020 at the center of our new COVID world.  This entire experience has certainly put things into perspective of us all.  More than likely the career world of the future will be a different one than any of us expected even just a few months ago.  If you’re reading this you’re probably nodding your head right now, if and you’re reading this as this pandemic is continuing, you may even sigh and feel like thinking of the future is pointless given you don’t even know what things will be like next year.  I understand your concerns and pain.

But we have to hold on and look at the larger picture.  No matter WHAT lies around the corner for us in the weeks and months ahead, we know that more than ever it is important to know who we are and what we stand for.  More importantly, we have to keep going and not lose hope.  We have to remind ourselves as frustrating as things might be for us right now, there are people in the world who are likely suffering much more than ourselves and feeling even more isolated and alone than we feel ourselves.  It’s important we be there for one another any by knowing who we uniquely are, we can then uniquely positively impact someone else.  This is what I hope this book as given you–a ability to see the unique, individual person you are and perhaps even some insight on how to become an even better person.  This will pass, and we will be stronger on the other side.

For me, thinking about things that make me proud give me hope.  My students give me hope too.  I wanted to write a little about a group I started many years ago called Autismerica.  Here is a video about it:

Back in 2010 I met with a parent who had a son starting at my college the next fall. She explained her son went to a smaller high school where they knew of only one other student on the autism spectrum, and he was two grade levels behind her son. She said her son spent most of his time at home playing video games but he’d like to have friends to do things with. So far, however, he just hadn’t had much luck making friends at school. The mother wanted to know if there were any other new students in the college that had a similar profile, and if so, could I introduce them to one another?

Her question got me thinking: certainly I did know other students who were in a similar or identical situation, but I wasn’t really sure how to approach the process of bringing them together. I also worried that if I reached out to specific students, others I might feel slighted. And what if I was just wrong in my efforts at friend matchmaking? The whole situation left me feeling puzzled, but it also struck home the idea that there must be a solution to the problem of students on the spectrum being isolated from each other.

I asked a colleague what she thought. She agreed, there were more and more students on the autism spectrum coming to college, seeking out some kind of connection, yet unsure how to forge it. We wanted to get some more specific numbers so we looked at our case files to see how many students had self-identified as either on the autism spectrum or diagnosed with Asperger’s to get a sense of what we were dealing with. Combined, we knew of roughly a hundred students who were coming to the college or were already enrolled in the college who were on the spectrum. That got us thinking: what if there were a way to get even some members of this group together? What would be the outcome?

We decided we should try to find out. Taking the risk, we sent a letter to each of the families we knew about. We picked an evening near the end of the term and encouraged students to come meet one another. We told them we had no pre-determined plans on what to do once we all arrived, but hoped as a group we could find a solution to this question of how to best use our meetings together. Our only goal was to connect students with other students, and from there we would see what happened.

At last the night arrived. My colleague and I reserved the campus games room, with its pool and ping-pong tables. We thought the room might provide a nice recreational tone before the meeting. As the minutes came closer, my stomach was in knots: how many people would arrive? I was having flashbacks to my high school graduation party, which I unwisely scheduled the night before graduation when everyone had a million other parties to attend, leading to a low turn out. I was back in high school all over again.

The first person and his parents arrived. And then another. And then another. And another. Before we knew it, we were able to count a good forty students who were in the room, and with them, most every one had also brought at least one parent along for support. We could tell there was a lot of resistance from the students themselves—the majority did not want to be there, but their parents most certainly did want them to be there, and the parents wanted to be there, too.

I gathered everyone together, but I tried to separate the students as far from the parents as possible. They could only be a few rows apart, but I knew that if this was to work, the meeting had to be in a format dictated by the students. I asked them hypothetically if they got together once a month for an evening what would they enjoy doing. “Not talking,” one shouted out. Another said the same thing. “Everyone always wants to talk about feelings and stuff. This stuff sucks. It’s no fun.” Such was the theme from the larger group in the room.

“So what do you like to do for fun?” I asked. The answer was things I already knew, but wanted to be sure: video games, watching anime, drawing, board games, and computing were the most frequent responses. Again they reiterated: no talking. This message came out loud and clear. I wrote all the things down people asked for on the chalkboard.

Given all this information, I made a proposal that in retrospect, I should have thought about before sharing. I asked the students, if next month I was able to get some video game systems, rent some anime movies, bring more computers, would they be willing to come again and give this another shot? While most of the students were hesitant initially to say yes, after looking behind their backs to their parents, most acquiesced and agreed to try again. Soon after I drew the meeting to a close. I didn’t have the things that were needed in that moment to make things happen, and I didn’t want to set a tone for failure. We all agreed to come again next month in December and to try to have a good time.

After the meeting, I sent an email out to everyone who worked at my college. Luckily, I work at a pretty big school, so there were many recipients. I asked them if they had any old video game systems, board games, animated DVDS, or related things collecting dust, might they consider donating them to my office for use. I also contacted our Libraries office and arranged for several TV and DVD players to be made available. I also moved the location to another lounge that had a few computers also in the area—probably not enough for everyone, but enough to show I made an effort to meet my end of the bargain.

Within a few days, the donations from staff members came pouring in. I was surprised how many video game systems we got, especially since most cost anywhere from $100 to $300 for even a used unit in the store. We also got lots of board games, and one unexpected donation: a tape-deck karaoke machine. The player was so old the only songs were corny ones, but still, perhaps someone might find it useful. I brought all the donations and set up all the technology a few hours before our second meeting, and again waited nervously . . .

I then told everyone to go out and enjoy themselves. I shared what video game systems we had, what board games and videos, and crossed my fingers. Right away two-thirds of the attendees ran for the video game units. While most of the video games were on the older side, I found the type of video game didn’t matter much to the students. In fact, many enjoyed the older games, taking a trip down memory lane.

In time, our numbers grew, and we are still going strong. We normally have close to seventy or eighty people in attendance at our meetings. We also started sending out invitations to the local high schools and universities in the area inviting them to participate in our meetings. The group has become a wonderful way for students who plan to attend our school in the fall to develop a comfort level with the college before they formally begin their first year.

Last year, we were featured on the WGN Chicago News:

So why do I share this story?  Because it makes me smile.  It gives me hope.  During these difficult times, it can be really hard to smile and have hope, I know.  But we have to keep going. Think about what makes you smile, what gives you hope….share that with the people around you.

In the meantime, know you’re not alone.  Reach out to those you love. If you don’t have anyone, reach out to resources at your college and others who might be alone out there.  In these times we need one another more than ever.  Thank you for reading this book, and I wish you health and prosperity in your futures.  Stay well.