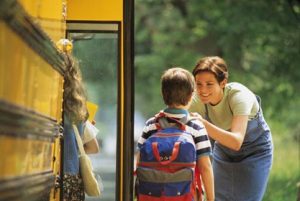 I always start off this topic with the same lecture.  I am an avid coffee drinker.  Most every single morning at work I go to our campuses cafeteria before I start, get a large coffee, put one creamer in it and pay at the register.  Having been here over 17 years, I have repeated this process most every morning literally hundreds of times.  As a part of this daily exercise, I almost always interact with the same person at our cash register.  His name is Edgardo and is always very friendly.  We have had the near same identical interaction countless times.  Edgardo will say, “two dollars, please”, I will pay him the two dollars and say, “thank you”.  He will then say, “have a nice day”, I will say, “You too”, and then I walk off.  Day after day the process continues…

And so on and so on.

One day, instead of our normal interaction, Edgardo said to me….

Can you guess what I said?  If you guessed “You too”, you’d be right.  I was only half paying attention to Edgardo and took our interaction for granted, anticipating what I thought he was going to say.  About 30 seconds later after walking away it hit me how I had not been paying attention. I turned around and ran back to apologize to Edgardo for my poor listening skills, but by the time I got back to him he was already with another customer and busy.  I’d lost a chance to have a deeper interaction with a person because of my lack of paying attention.  I was frustrated with myself afterwards for such a missed opportunity.

Have you ever had a similar experience?  Perhaps you were playing a video game when a parent was trying to talk to you about doing something important.  Or, perhaps you were texting on your phone with a friend was talking to you.  You look back later, and realized you missed most everything that was being communicated.  How do you think that makes the other person feel?  In most cases, when we’re not paying attention, the other person usually can tell this but is being polite by not saying anything.  But next time they want to talk to you, and they see you doing a similar thing, they may not make that effort.  In fact, they may avoid you all together.  And then, your relationship with that person suffers.

Cell phones have had a really negative impact on this dynamic.  Now, don’t get me wrong–I love my iPhone. I am on it all the same looking up information, writing posts on social media, or texting my friends and family.  But I’ve learned when I’m having a conversation with someone, the best thing for me to do is to put the physically out of my line of sight and into my pocket instead.  The temptation is just too great for me to interact with my phone if I have it in my hands our out on the table.  By taking it out sight, it forces me to focus on the most important element of my current environment, which is communicating with the person in front of me.  I wish people would do this more.  For the rest of your day, I want to challenge you to do the same thing:  every time you have a conversation with someone, put your phone in your pocket, or out of your physical reach, so you’re forced to focus on the person in front of you.   See how you do or if you notice a change.

Here’s a nice short video on different techniques to improve your listening skills I like:

Now, lets do an exercise to see if we can put these tasks at action.

Communication Exercise:  Listening with and without Distraction

For this activity, you CAN use your smartphones if you have one for the exercise. If you don’t have a smartphone, ask your instructor to give you a fidget (instructors should have fidgets on hand) instead.  You are to form two circles, just like you’ve done in the past, with students each facing one another.  If there is an odd number of students, have one group with three people.  You are to have two conversation:  one, where you both members are allowed to play with their phones/fidgets during the talk, and then a second, where both parties must put their phone/fidgets either in their pockets or under their chairs.  Talk about about 2 minutes per interaction.  After you’ve had a talk with and without your phone/fidgets, rotate members of the outside circle and repeat the exercise.  Do this three of four times.

Afterwards, as a large group, have a larger talk with your instructor:  did you notice a difference?  How much do you remember from the conversations?  The same amount?  Different amounts?  See if you can see a differentiation.

What about being heard?  Why is it sometimes people don’t seem to listen to us?  Could there be reasons?  In a wonderful TED video I’ll share below, Julian Treasure shares there are “7 Deadly Sins” when it comes to speaking to other people; or 7 things that when we engage in when talking to others too much, people eventually, no longer want to talk with us very much.  They include:

The video is below:

I really like this list. When students share with me they get sad because they think people avoid them, I share this list and ask them to think about their conversations.  Do they engage in any of these behaviors a lot?  Are there ones the especially do excessively?

As a large classroom, watch Julian Treasures TED video.  Then, have your instructor write each of his 7 “deadly sins” and have everyone in the class think of a couple examples of each one.  After giving examples, take polls on which ones of these people think they engage in more than others.  Process as a group how you can all work together to avoid doing this in the future.

If you had to pick one of Julian Treasures “deadly sins” you tend to engage in the most, which would it be?  Are there ways you can lesson the degree you do this in the future?

Thinking about Julian Treasure’s “7 Deadly Sins of Communication”, think of an example of each of these behaviors that you have engaged in, or witnessed someone else engage in.

Blaming other people all the time for everything

Exaggerating or lying too much