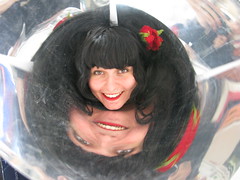 Have you ever walked away from a conversation thinking, “I have this feeling I wasn’t giving the answers that person was hoping to get….” or “I feel like there is this other part of the conversation I completely didn’t pick up on….”?  As a Counselor, this can happen to me all the time.  You’re trying so hard to focus on the persons feelings and thoughts, creating an environment of support and encouragement for the person, but you just have a feeling you’re not getting it right.  What’s even worse, sometimes the person will even verbally confirm you aren’t picking up on what they want you to.  When a person confronts you telling you that you’re not understanding, that’s one of the worst feelings of all!

I like to think about emotions in the way I think of the magazine or book cover.  Imagine some of your favorite magazines or books–odds are, even if you covered up the part of them that had the actual title of the periodical, you still from the pictures on the cover guess that it is a science textbook, or a gossip magazine.  That’s what I like to think emotions are when it comes to conversation–its the cover that contains all the detailed words in the printed material.  And even though we may not know the title of that magazine or book, if we can pick up on the general emotions the person is feeling, that gives us enough information to at least keep the conversation going.

So how do we identify feelings?  And, how do we show them?  I found this great article online at medium.com written by Kevin Redmayne (2017) at https://medium.com/@KevinRedmayne/how-to-identify-strong-emotions-b0b35f2bb811 [1]

Some of these primary eight are easier to identify than others.  I bet of them, you can recognize Joy, Fear, Surprise, Sadness, Disgust, and Anger pretty easily.  These are emotions we encounter in our day to day lives frequently.   Trust and Anticipation are probably tougher ones.  Here’s a chart I made with a few cues you might look at for help:

It gives you a few clues on things to be looking for.  A nice video that lines up well with cues from the Pixar movie “Inside Out” is below:

So how about we practice some of these on our own?

For this exercise, your instructor will need to order emotion flashcards ahead of time.  There are tons of these available now on amazon.com or through any educational supply store.  A personal favorite of mine is called “Emotions for All” on amazon.com for about $15.  Also, your instructor should write the eight primary emotions mentioned above:  Joy, Trust, Fear, Surprise, Sadness, Disgust, Anger, Anticipation each on an individual flashcard.

All students should pair up.  For the first round, students should each get a set of those eight primary emotions and try to guess for each which they are displaying.  Switch, and do vice versa.  For the second round, move unto your emotion flashcards you purchased which have more complex emotions and try again.  Do they get easier now that you have a new way to look for cues to identify emotions?

Okay, so now we’ve done some work on recognizing emotions, but what about expressing them?  Its one level of frustration to not understand another person when they are trying to convey something to you, but its a much deeper level of frustration when you are trying to convey an emotion to someone else and they don’t understand!  Have you ever been in a situation when you’re really angry, or really sad, and no one is seeing how you feel?  And even though you might be verbally expressing this emotion, the person still is not grasping how intense it is?  This can be very maddening indeed!

I had a student once who shared a quote on being misunderstood that really speaks to this.  I asked my student what its like at times to be on the autism spectrum.  This is what he said.  “I had a counselor in high school who asked me to rate on a one-to-ten scale how upset I was. I would always say ten to everything and he would laugh sometimes and say the situation was really more of a two or three. But he can say this because he doesn’t have to live it like me. The stress really is a ten to me and even if it is a ten every time, so what”!

For this exercise, pair up classmates so each person has a partner where one person is facing your instructor at the front of the class, and the other person has their back to them facing the back of the classroom (if there is an odd number of students in the class, have one group of three where one person faces up front and two facing the back).  Your instructor should write out one of the core eight emotions of Joy, Trust, Fear, Surprise, Sadness, Disgust, Anger, Anticipation on the board or a sheet of paper for everyone to see.  Then, have pairings face each other.  The person who saw the card should try to convey that emotion using whatever words or body language they can to express it which partners try to guess one of the eight core emotions.  Whoever does it fastest gets a point.  Repeat this for all eight.

Now move unto some of the more complex emotions from the diagram above from Redmaynes workd.  Have everyone change their roles–people facing the front of classroom face the back, and vice=versa.  These will be harder to communicate.  Repeat the process over and over again for the more complex emotions.  Keep score until finished (the class can decide how many to do).  Afterwards have a discussion, who found this easy?  Hard?  Why was it easy or hard?  Talk as a group about the process and share your observations.

Worksheet:  How Do you Express Emotions?

1. Do you suspect everyone expresses their emotions the same way you do?  Or do you think others may do things differently?

2. If you think others do it differently, which emotions, and how?

3. Do you feel at times people misread your emotions?

4. Do you at times struggle reading others emotions?