Generally, four ontological perspectives frame schools of educational philosophy.  Two ontological frameworks, idealism, and realism stem from Ancient Greece. The Ancient Greek philosopher Plato developed the tradition of idealism; whereas, Aristotle, Plato’s student, formed an antithetical ontology of realism. Progressivism and existentialism grew from the philosophical remnants of the Age of Enlightenment in the 19th century. Pragmatism formed within the United States during the late 1800s; simultaneously, existentialism developed as a continental philosophy in Europe. While the early public education system in the United States was guided by idealism and realism, pragmatism and existentialism have served as the influential foundations of 20th and 21st-century educational philosophies. 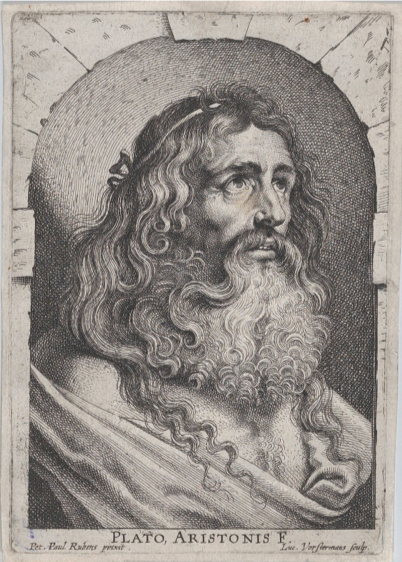 For idealists, ideas are the only true reality. Conscious reasoning is the only way to locate what is true, beautiful, and just. Plato founded Idealism and outlined its tenets in his book The Republic. For Plato, there are two worlds. The first world is home to the spiritual or mental world where universal ideas and truth were permanent; people can only find this world through conscious reasoning. The second world is the world of appearances and imperfection, a world experienced through sensory experiences of sight, sound, touch, smell, and taste. Plato outlines this duality between the two worlds in “The Allegory of the Cave.” In this famous allegory, people are chained against walls with a fire behind them. What the people perceive as real are only shadowed projections on the wall of a cave. If one were to break free, leave the cave, and discover the sun, this new “realm” would discover the true source of everything previously known. It would be the realm of pure fact and form. This is the source of all that is real. The real world is just an imperfect projection of these ideas, forms, and truth.

Almost two centuries later, Dutch philosopher Renè Descartes would shift Platonic Idealism toward mind-body dualism with his famous phrase “Cogito, ergo sum (I think; therefore, I am).” For Descartes, the only proof of his existence is his thinking—a thinking being. Like Plato, Descartes outlined a rationale for why perceptions are unreliable and the external world is illusory. Only through rational deduction could one obtain truth. While Plato outlined a dualism between two separate worlds, Descartes established an Idealism founded on mind-body dualism where the thinking mind is given privilege over the physical body and external world. This dualism would heavily influence philosophy and educational philosophy well into the 20th century.

Teaching, for Idealists, focuses on moral excellence that will benefit society. Students should focus on subjects of the mind like literature, history, and philosophy. Students will demonstrate understanding through participation in lectures and through Socratic dialogues, which engage students in introspection and insight that bring to consciousness the universal forms and concepts.

Realism’s central tenet is based on reality, or the external universe, independent from the human mind. Aristotle, Plato’s student, contradicted his teacher’s Idealist philosophy and formulated a philosophy on determining truth through observation. Reality can be truly understood by careful observation of all the data. Because of his emphasis on careful observation, Aristotle is often referred to as the Father of the Scientific Method. Through logic, humans can reason about the physical universe. Essences of things or substances, therefore, can be determined by examination of the object or substance. Aristotle’s logic, then, emphasizes induction as well as a deduction, and one can determine the real world through both.

During the Enlightenment, Common Sense Realism began to counter the Idealism of Descartes. Rather than the skepticism of the external world espoused by Idealists, the Common Sense Realists, like John Locke, argue that ordinary experiences intuit a self and the physical world without the real world’s skepticism outside the mind. This Realism would influence the development of Empiricism and Pragmatism later in the Enlightenment.

For realists, teaching methods should focus on basic skills and memorization and mastery of facts. Students demonstrate content mastery of these skills through critical observation and applied experimentation.

Like Realism, Pragmatism requires empirical observation of the real world; however, unlike Realism and Idealism, the real world is not an unchanging whole but is evolving and changing according to how thought is applied into action towards a problem. Thought cannot or should not describe or represent reality, but rather, should be applied by the practical applying thoughts and experiences to problems that arise. The universe, then, is always evolving according to new applied thoughts turned into actions. Pragmatism’s founder Charles Sanders Pierce posits thought must produce action towards an ever-changing universe.

Pragmatists focus on hands-on, experiential learning tasks such as experimenting and working on projects in groups. Students will demonstrate understanding through applied learning tasks to concrete problems or tasks.

Existentialism grew from the continental philosophies forming in Europe during the 19th and early 20th century, most notably hermeneutic phenomenology—examining lived experience. Hermeneutic phenomenology and existentialism countered the dualisms inherent in both Idealism and Realism. The world does not have any meaning outside human existence within a world. The mind/body or mind/physical world duality and cannot have any meaning without a human being actively absorbed in the world. Jean Paul Sarte posited that “existence precedes essence,” which means one’s existence comes before the nature, or fact, of a thing. This means that individual human beings are free to determine their own meaning for life and do not possess any inherent identity different from those they choose or create.

Existentialists position the individual as responsible for their own being or existence. “Who am I? What should I do?”  become central questions for an individual’s project in being. If one identifies with being a teacher, or any other identity like being a parent, then one must evaluate what one who teaches (or any other identity) really do? After thoughtful and careful reflection, one must choose to authentically do the project of being a teacher (or any other identity). According to your chosen beliefs and values, acting according to social pressures is the way to have an authentic existence; however, acting or adopting false values based on social pressures would be acting in “bad faith” and living an inauthentic existence, according to Sartre.

Existentialists focus on giving students a personal choice in educational settings to confront others’ views to clarify and develop authentic actions in terms of the students’ developing identities. Existentialists have difficulty positioning students as objects to be measured, tracked, or standardized. Teachers who adhere to an Existentialist ontology create activities to guide students to self-direction and self-actualization.

Axiology is the study of value or concepts of worth. There are two main axiological stances: one that explores ethics and what is right and wrong; the other deals with aesthetics and beauty. While there are two main stances of axiology between ethics and aesthetics, axiology can be further refined. Analytical philosophy, or logical positivist, attempts to measure value based on the mathematics of value to determine objective facts on why something has value. Normative ethics focuses on how a person determines basic ethical or moral standards. Ethics of care, unlike normative ethics, focuses on relational aspects between humans and a person’s identity that one’s individual relations with others can define. Lastly, aesthetics is related to the philosophy of art. A person focusing on aesthetics puzzles how one experiences or determines beauty, ugliness, form, and the sublime.